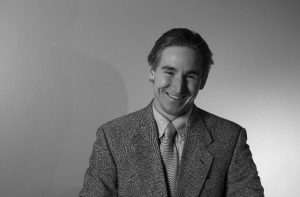 For his senior year (2019-2020), Pete is following the work of Roberto, looking at clinoforms, initially in the Taranaki Basin. He is using a multi-dimensional multi-attribute machine learning algorithm to explore if machine learning can aid us in detecting smaller scale clinothems, hidden in the seismic data.  He will also be exploring if these methods are able to help quantify small scale variations in the lithology of the clinoforms sediments.

During his junior year (2018-2019), Pete applied the methods of Shiomi et al. (1997), whom correlated the power spectral densities of sonic logs to tectonic provinces in Japan, to Oklahoma.  Using the sonic logs, as well as gamma ray, ITT, and resistivity logs that he has collected, digitized and QCed, Pete is studying how the slope of the power-spectral densities correlates to varying crustal provinces of Oklahoma.  This project is now being taken over by Chloe Codner, who is applying the methodology to tectonic provinces in the United States.